How To Become A Startup Pro - Earn While You Learn

Chapter 4 - You Have To Start Somewhere

During my Startup Pro training, mentoring and speaking engagements I often ask my students, “how much do you want to earn?”

As you would expect I get a range answers, but more often than not I get told, “I want to earn millions or in some exuberant cases billions.”

The second question I ask is why? This is a little more of a challenge, but in the end most end up coming to the same conclusion. To change the world for their customers and to create more freedom, happiness and discretionary time for themselves and their families.

The third question gets harder still. If those are your goals, show or tell me your exact plan for making that happen. This question tends to elicit a range of response normally involving blank expressions, shrugging shoulders and half-baked aspirational pipe dreams, not plans or strategies. When pushed most people can articulate what they want to do and why, but very few can explain in any great detail their strategies for achieving it. The reason for the absence of the plan is because, and I am generalising here so I apologise in advance if this is not you, they want to experience the event and outcome of making millions or billions without having to do the hard work or pay the price to attain it.

The path to earning a multi-million annual income is simple enough and here’s the secret. Earn your first dollar one million times. The real hard work of earning “big” money comes in developing processes and systems which can do that quickly and reliably whilst applying leverage. Leverage, by the way, is the biggest accelerator when it comes to income creation. Having to continually produce, market, and sell to create sales takes time, effort and money, all of which are limited in supply. As we will see later in the book you can, and should, leverage those resources as much as possible via outsourcing and automation.

The truth is that most people who have dreams of earning the big money have not even pulled in dollar one yet. The real trick in the beginning is not to give yourself an impossible mountain to climb out of the gate. Focus on earning the small numbers first. Break it down into small, manageable and, most importantly, achievable milestones. Make your first sales and then figure how you are going to duplicate and multiply those efforts and results effectively. That's how experts build their fortunes. Success is not in the earning itself, the real value and leverage is in the systems and processes that you use to do the earning for you. 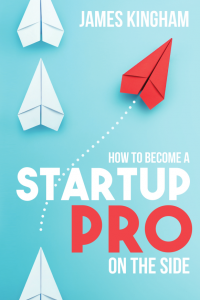